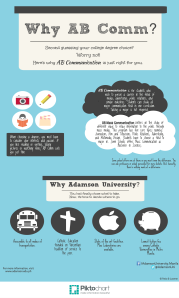 It’s been weeks since the UAAP CDC but I still have the fever of it. But have you seen the funny part of it? I know you’ll laugh out too.

Before I finally end my day, I just want to share this hilarious meme compilation that I saw online from the recently concluded UAAP CDC 2014.

Let’s all forget NU’s so-so performance (but the hell, they still nailed it! Henry Sy’s wealth and power might have intervened, thank you so much!) and UP’s winning streaks and #pantaypantay theme (bias is the name), make things a little lighter, just laugh and enjoy! 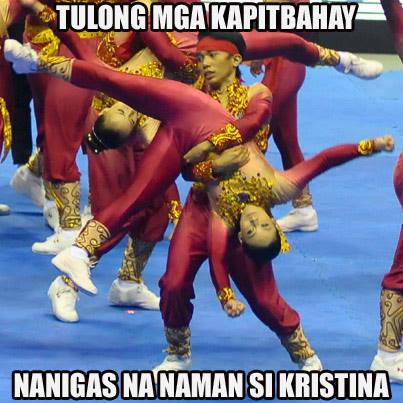 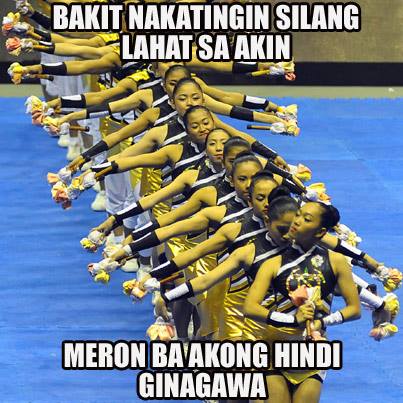 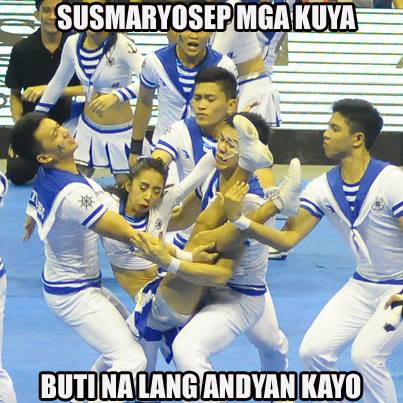 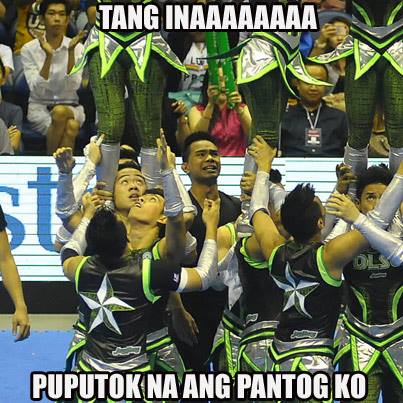 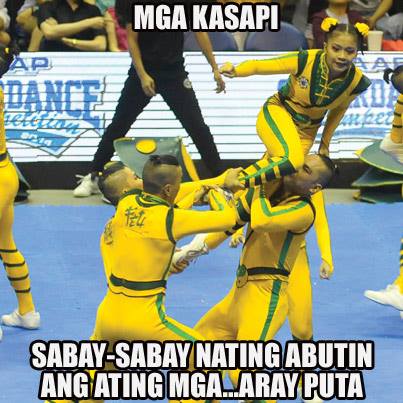 My personal favorite, I couldn’t stop laughing when I first saw this. LOL Go UE!!

Thank you to those who created and posted these memes. You made our nights crazy! 🙂

From a small film organization that started last 2011, Silip@Lente had evolve into being one of the most active organization in Adamson University.

Silip@Lente is a film organization at Adamson University that helps and trains aspiring filmmakers, writers, producers, and even editors. It has gathered 200 members  for this year which was helped by 30 officers.

Silip@Lente or Silip held seminars and invites speakers in the field of film making to discuss certain things that students need to know and understand. Silip always makes sure that the speakers they invite we’re professionals and willing to share their knowledge to aspiring students. And last August 19, Silip@Lente held its first seminar called Deep Focus. One of the speakers that was present in the event is Director Gino M. Santos. A young director that is known for his this year’s entry at Cinemalaya, #Y, who talked about taking risks and pursuing dreams no matter how young or old you are.

Being young-adult is not easy. You’re in between of being responsible and carefree. And since I’ve managed to survive this stage, here are some lessons I learned as a beginner in adulthood.

1. The expectations. Some people might say that I’m old enough to do certain things. But my parents think otherwise. They believe that I’m still young to be where I want to be, but yet they expect me to be independent when it comes to decision making. And what I hate more is that they expect me to stand up for myself yet they get furious when I try to express my sentiments to them.

2. Feeling ‘In Between’. Young-adult. You’re in between of living life to the fullest and being the responsible adult, tell me who doesn’t get confused with that. And there’s the feeling of being old with younger people, and feeling too young with the much more older peeps.

4. Moving On. Wait. I didn’t mean romantically. I mean, moving on from what we used to appreciate and what we used to be. Like moving on form the cartoons we used to watch every morning of the weekends and/or being the superhero you always wanted to be. We have to move on from them so we can be the adult person they expect us to be.

5. The Responsibilities. Let me clear one thing first; I don’t hate responsibilities. What I hate is that I don’t seem to know what they really are. I’ve mention that in between feeling and the expectations. It’s like that. People give you responsibilities but they have always two reaction with it.  And it’s always ‘you should do that’ and ‘you shouldn’t do that.’ Like really? Ano po ba talaga?

And that’s one of the many (maybe) reason why I’m in the phase of too much procrastination. I’m confused, y’all. So better not do anything until I have to do something.